Glendora, CA March 31, 2020 – CalPortland® is proud to announce that it has been awarded the 2020 ENERGY STAR® Partner of the Year Sustained Excellence Award for continued leadership and superior contributions to ENERGY STAR by the U.S. Environmental Protection Agency and the U.S. Department of Energy.

“CalPortland is proud to receive the 2020 ENERGY STAR Partner of the Year Sustained Excellence Award,” said CalPortland President/CEO Allen Hamblen. “Finding new and innovative solutions to create energy efficiencies has become an integral part of our company culture and we are honored to celebrate our employees’ ongoing efforts by achieving this tremendous award for the 16th consecutive year. CalPortland remains committed to reducing emissions and reducing our company’s environmental footprint by contributing to the circular economy.”

CalPortland has been an ENERGY STAR PARTNER since 1996 and remains dedicated to demonstrating and promoting energy efficiency within the company and to other companies in the construction materials industry. The 2020 national award is the sixteenth consecutive ENERGY STAR Partner of the Year Award for CalPortland. A feat that has never been matched by any other industrial company.

CalPortland Company is a major producer of cement, ready-mixed concrete, aggregates, concrete products and asphalt in the western United States and Canada. Founded in 1891, CalPortland remains a leader in the industry through its commitment to quality, safety, customer service, technical excellence and environmental leadership. The company maintains its headquarters in Glendora, California. For more information about CalPortland Company, visit www.calportland.com .

ENERGY STAR® is the government-backed symbol for energy efficiency, providing simple, credible, and unbiased information that consumers and businesses rely on to make well-informed decisions.

Thousands of industrial, commercial, utility, state, and local organizations – including more than 40 percent of the Fortune 500® – rely on their partnership with the U.S. Environmental Protection Agency (EPA) to deliver cost-saving energy efficiency solutions. Since 1992, ENERGY STAR and its partners helped save American families and businesses nearly 4 trillion kilowatt-hours of electricity with associated reductions of over 3 billion metric tons of greenhouse gases. In 2017 alone, ENERGY STAR and its partners helped Americans save $30 billion in energy costs. More background information about ENERGY STAR can be found at: www.energystar.gov/about . 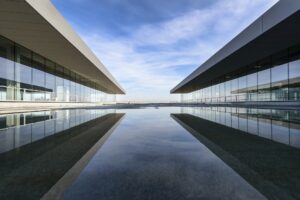 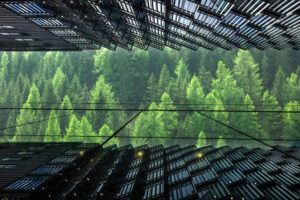 A Carbon-Free Future for Concrete

The Roadmap to Carbon Neutrality by 2050 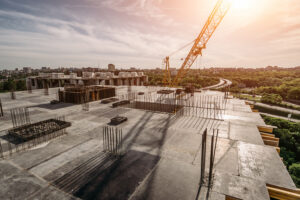